The following diagrams show possible wirings on mainboards for connecting and controlling fans as well as a explanation for each.

Usually, the different fan headers and possible fan configurations for a mainboard model are described in its manual.

It is important to note that Argus Monitor as a software tool can not detect which fan wiring the mainboard vendor is using on a particular model, as this is not readable by software.

Nevertheless, as long as the correct type of fan (3-wire or 4-wire) is connected to its header or the correct configuration in the BIOS is set up for that fan, Argus Monitor can control both voltage controlled fans and PWM controlled fans.

The following graphics show the different wirings, as an example one fan channel on the Super-I/O chip, which is the piece of hardware on the mainboard responsible for fan control, is drawn.

Argus Monitor can control the wirings of type B, C and D. 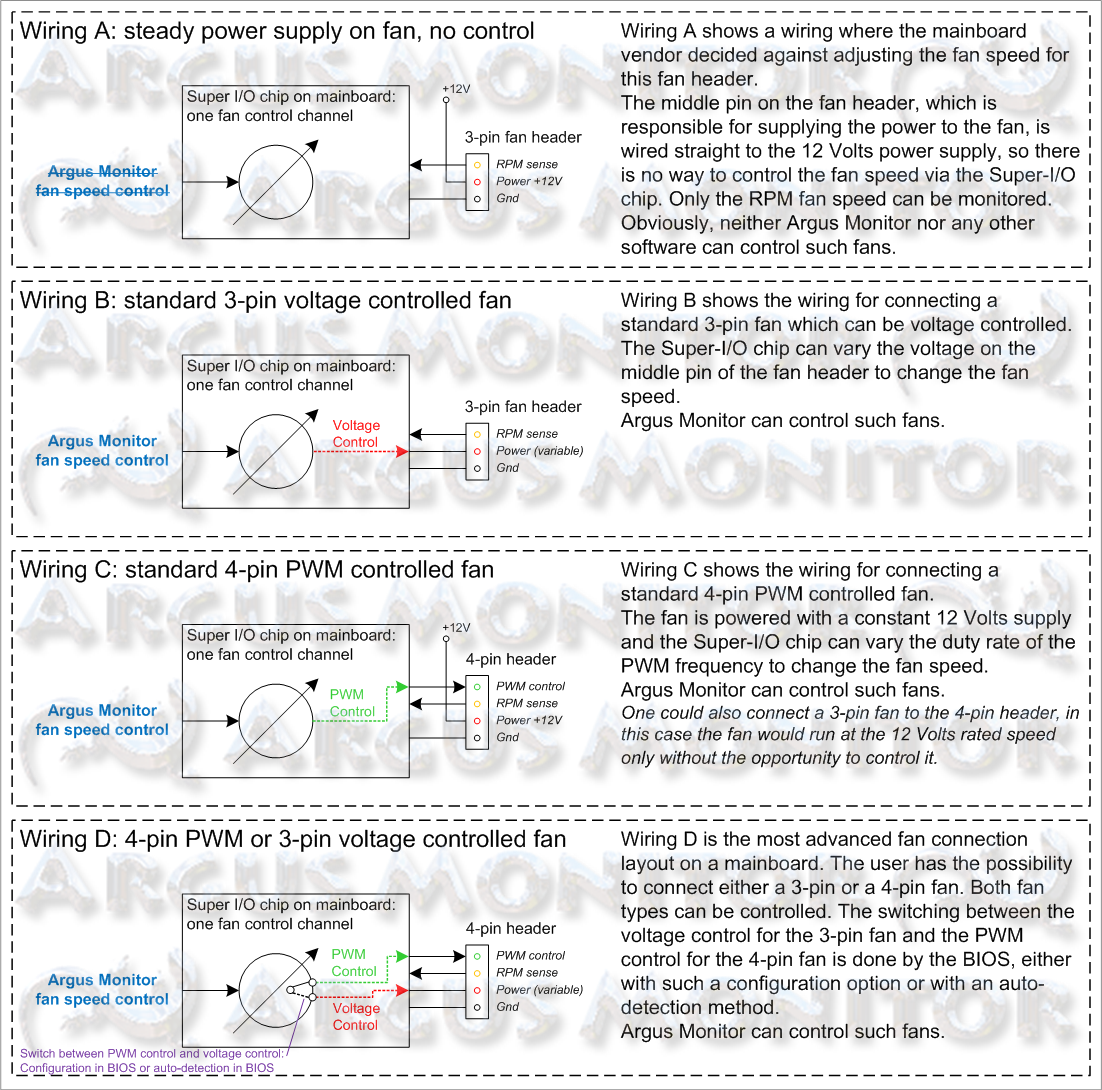