With the introduction of Core i5 and Core i7 CPUs (the Intel Nehalem processor microarchitecture) Intel introduced a feature called Turbo Boost. With Turbo Boost the CPU is able to dynamically adjust its core frequency even beyond the normal base operating frequency, while observing power, temperature and current specification limits. Turbo Boost is activated, if the operating system requests the highest performance state of the processor. How many steps (mutipliers) your processor can speed up depends on the exact type of the CPU and the number of processor cores active.

Another feature of modern processors is their ability to decrease the operating frequency of one or more of its cores to save power if there is 'nothing to do' for them.

Using Argus Monitor you are able to check if Turbo Boost is configured and working properly (it must be enabled in the BIOS settings of your mainboard). Additionally you can check if the power saving features enabling the processor to decrease the operating frequency of some of its cores are activated if one or more of the cores of your CPU are in an idle state. 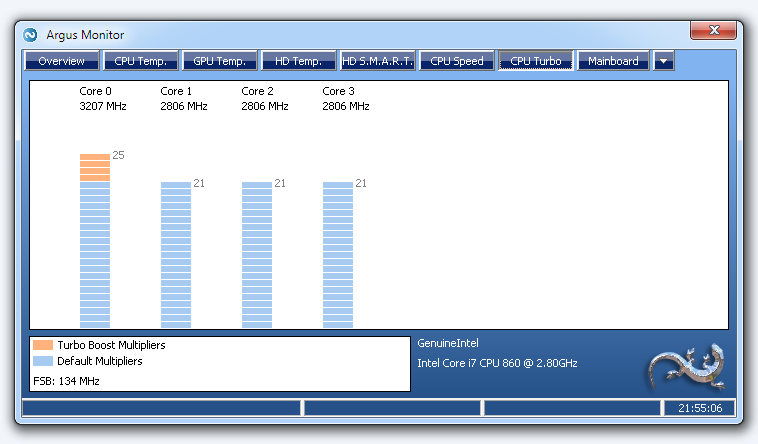 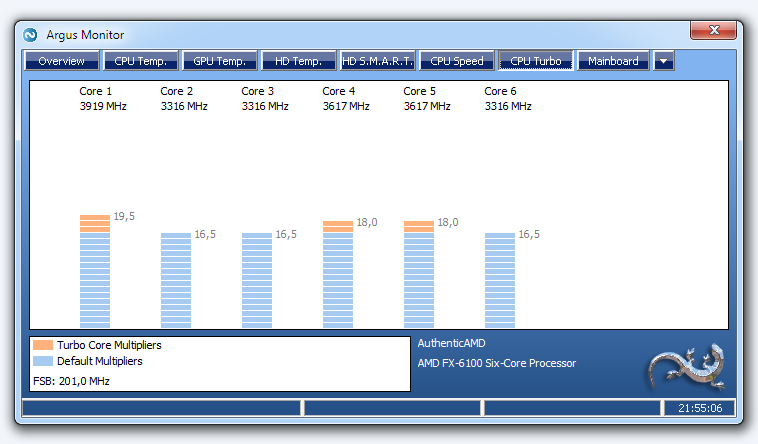