To prevent damage to your hardware Argus Monitor can issue warnings if certain conditions are met. These conditions can be imminent hard drive failure, failure of system fans or overheating of CPU or GPU. Another option notifies the user if free hard drive space on one or more partitions is falling below a configurable threshold.

Upon each of these events several actions can be performed, these are:

The seperature warning categories are:

The desired combination of warnings can be configures in Settings / Warnings.

For temperature and fan speed warnings a threshold has to be set and the configures warning will be issued when the current value exeeds the threshold (e.g. the CPU/GPU/HDD temperature is higher than the threshold or the speed of a system fan drops below this threshold).

For temperature and fan speed warnings a additional value called hysteresis can be configured. This value helps to prevent repeated warnings in case the actual value is alternating around the defined warning threshold.

For email warnings it's also possible to set the maximum number of emails to be send for each warning category. This option can be found in Settings / Warnings / E-mail Setup. 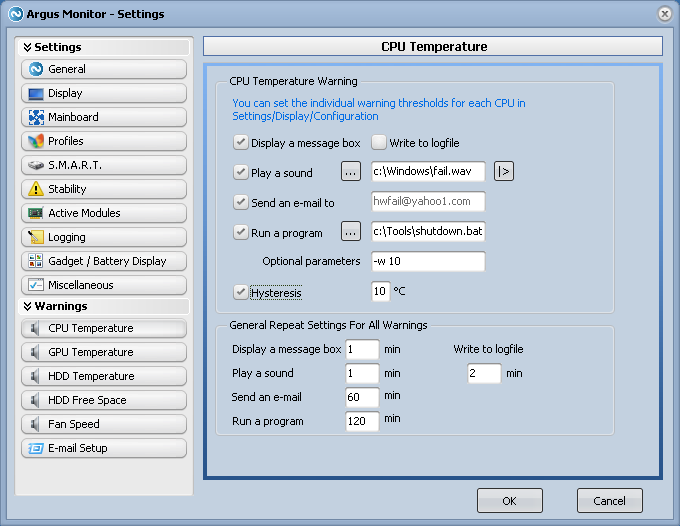 You can set the individual warning thresholds for each sensor (but only if warnings are supported for this sensor) in Settings / Display / Configuration: 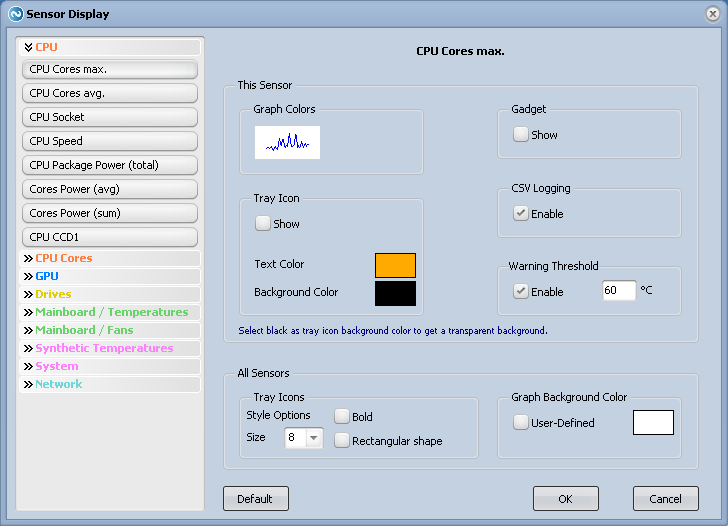